Hi there. So some stuff happened since I typed the last post and I actually uploaded it, So I thought I'd do one more.

Radio Drama:
The first thing is that I have started doing a radio drama. Avery works at the radio station, and he has been doing these dramas for a while, and when he asked if any of the drama club member wanted to join, I jumped at the chance.
Wee are about 7 people who go to the radio station. Avery is in charge so he decides who does what, and then we pretty much just take turns recording. It's very on the spot and a great voice acting exercise. When we aren't recording, we are talking in another room. It is a lot of fun. Right now we are doing a radio drama called "Yours truly, Johnny Dollar" which was very popular in the 50's. When we are done with that we will do Avery's original radio drama called "Eddie Mackin, Privat eye". Once we are done with Johnny Dollar the episodes will be uploaded to youtube, so I will link to them so you guys can hear them. 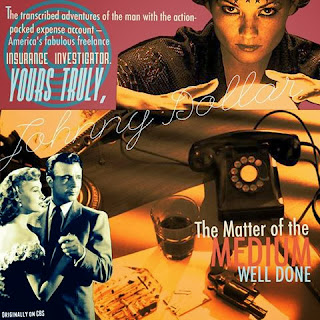 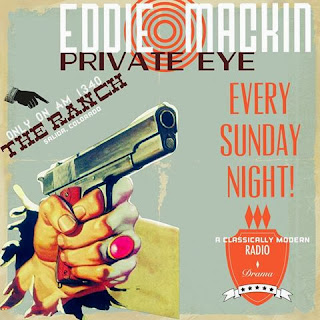 Shooting Range:
A Sunday Isaac took me to the shooting range close to town, to get the full 'Murica experience. We shot with his granddad's 0.22 rifle (I still find it a little bizarre that people just have guns laying around ;D) I think I hit the target about 3 out 0f 40 times, so needless to say, my guns skills aren't that good. It was however extremely fun and I will definitely be going back. I also did the whole pointing and shooting all the bullets really fast, and it was very exhilarating;D 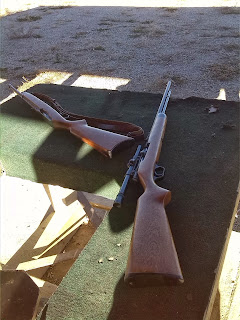 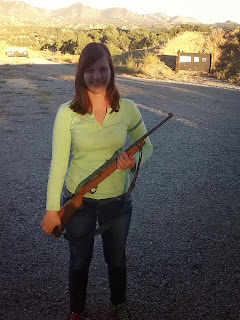 Drama:
We are getting better and better at doing our play in school. We went off book (No manuscript) last week and are trying to get through the transitions more smoothly. Today we voted on posters and decided that we are going to film the play, so to my family, you will get to see it;D The last couple of days I have been out fund raising for Thescon. Thescon is the second biggest drama convention in the US and we are going to it! we each need to pay/fund raise 150 dollars, which I have managed to do. At first going into stores and asking for donations seemed a bit daunting, but it really wasn't that bad, and it is a good way to see more shops from downtown. And of course doing it with friendsmakes it fun.
I also got a part in the christmas play which our town theatre is doing. It is the velveteen rabbit and I play the mother. The director is the same as the one for our drama club at school. I am quite excited.

Last weekend Isaac was invited to Mitchell's mom's wedding so I went with him as his date. It was a beautiful wedding and it was fun to experience the differences. The vows were different (The whole I do thing like you see on movies) and they did the throwing of the bouquet (I did participate, though I didn't catch it XD) and of the garter.  Mitchell's brothers taught me some swing dance step and we danced a bit, and I waltzed with Isaac ;D

On Friday I had a busy day. I started out with hanging out with Isaac and then I did ballet. I had just been sick and had barely eaten anything for 3 days, so the ballet probably wasn't my best idea ever, but I got through it. Then I chilled with Isaac  and Orion, and when Isaac went to football practice, I spend about an hour with Orion. We watched "What not to wear" which is much more entertaining when you are sitting next to a boy with interesting opinions ;D Then we did a recording for the radio drama. After we finished recording Riccie (Michael), James, Orion, Avery and I went to the football game. When we got there we decided to have a little fun, so we stopped at safeway to get rearranged. James for some reason really likes being in the trunk of Orion's car so we made it look like we had kidnapped him. His  hand got tied up with a shirt and his mouth covered with my hat, and then we drove to the game. At the school we stopped the car right were people get in and opened the trunk from the car, and James stumbled out. Then Riccie and Avery got out of the car and chased him around the parking lot, before getting back into the car and driving away. We met up in the front parking lot, and James told us how people had looked very weirdly at our little scene. It was hilarious! and this is one of the big differences between having a group of boy friends and girl friends, because girls  just wouldn't think of something like this.
The game was good, but freezing, so we spent a lot of time inside. It was the last home game and we won 53-27 (Go spartans!)
After football we all went back to eat at Isaacs place. That was a really good day.

Today I just auditioned for Honor Choir. The audition consists of a solo, "America the beautiful" acapella, melodic and rythmic sight reading and aural recall. I think it went good, except for the sight reading part. I have never really done that before, so I messed up. I will know if I got in sometime next month. Fingers crossed ;D

This is it for now. At some point I will make a post about the town and the school (I have a lot of pictures for that) but for now I will leave you with this song ;D It is being qouted daily, and is a spoof on America. I will however say that they curse a lot (every second word is fuck yeah) so if you don't like that kind of language, don't listen to it  ;D