Since Isaac and I were no longer dating at the time of the dance, and it was a Sadie Hawkins (girls asking boys) I went with my then good friend Aaron (by the end of the dance we were dating :D).

The day started with Aaron and I joining Christi, the girls and two of their friends for rollerskating in Pueblo. The roller skating place was exactly like the kind you would see in That 70's Show and it was a lot of fun. We skated (that is I rented roller blades instead of skates, apparently there is a difference) and played some games at arcade. I set a new record for skee ball!

After roller skating I went home and got ready for the dance. Aaron was doing lights for Dance Salida Dance and Kyria was performing in it, so Orion, Greta, Adrian and I tagged along. I got to sit up in the light booth and I even got to play with the buttons once (I got to turn down the light). After the performance we stopped quickly at Aaron and Adrians house to take pictures.

We took the couple pictures, the group picture, the girls picture ad then, by Aarons request, all the people not wearing pants. Yes, it wasn't just us girls in dresses, Aaron wore a kilt. Normally that would seem weird, but knowing Aaron it wasn't so strange and I think we can all agree that he pulled it of quite well.

The dance it self was pretty much like homecoming, except that the music was a bit louder and a bit worse, but since there was dancing involved, us girls had a blast anyway, and I do think the boys enjoyed themselves from time to time as well. 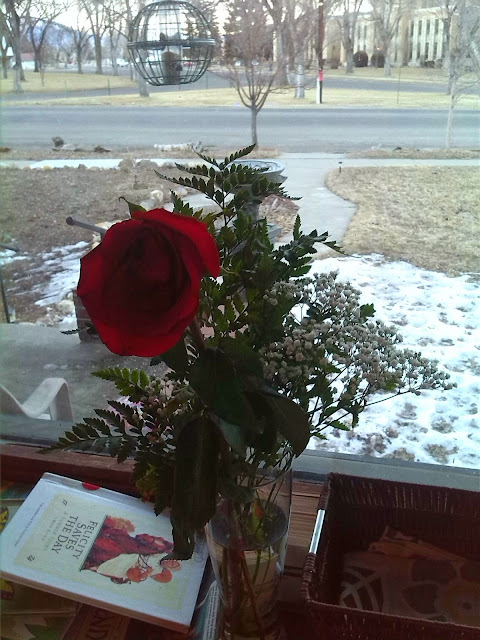 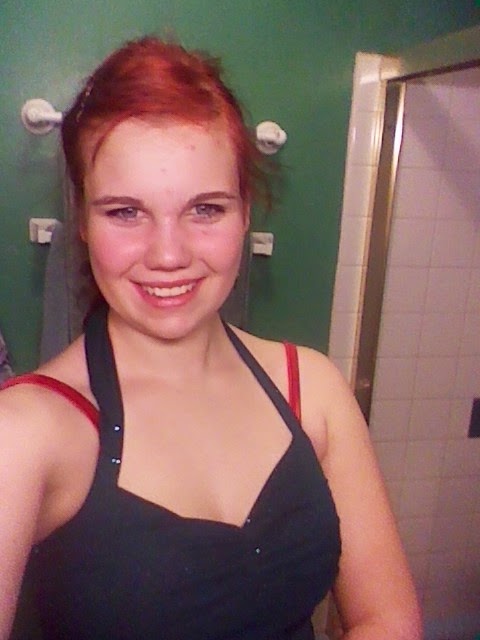 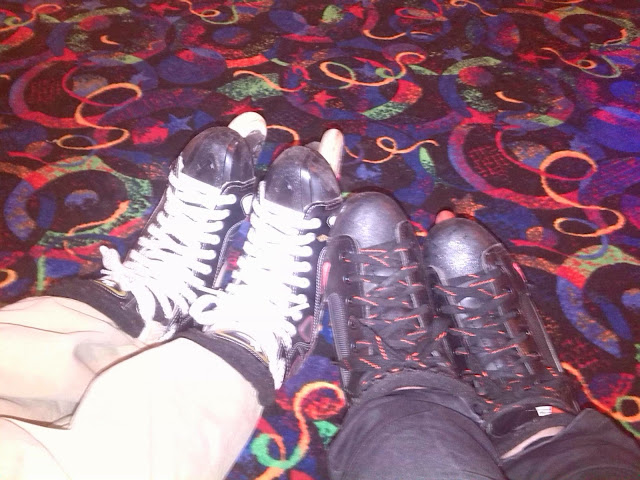 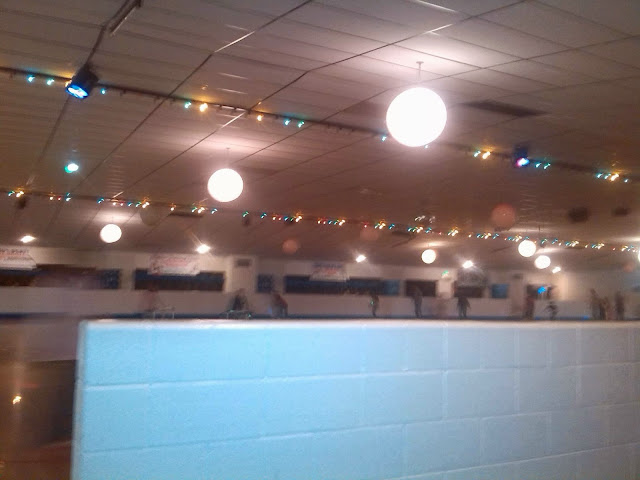 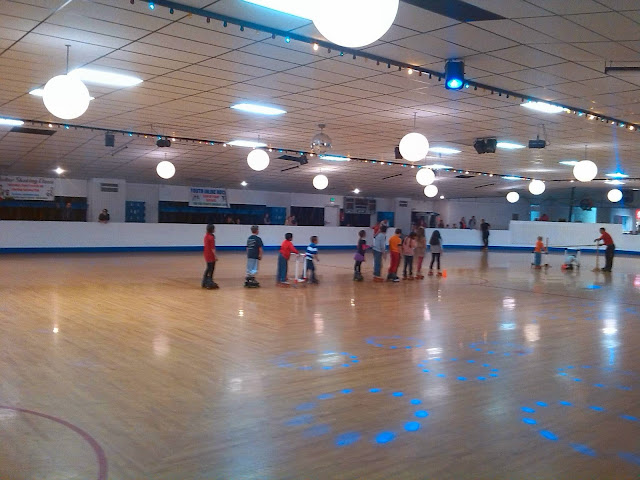 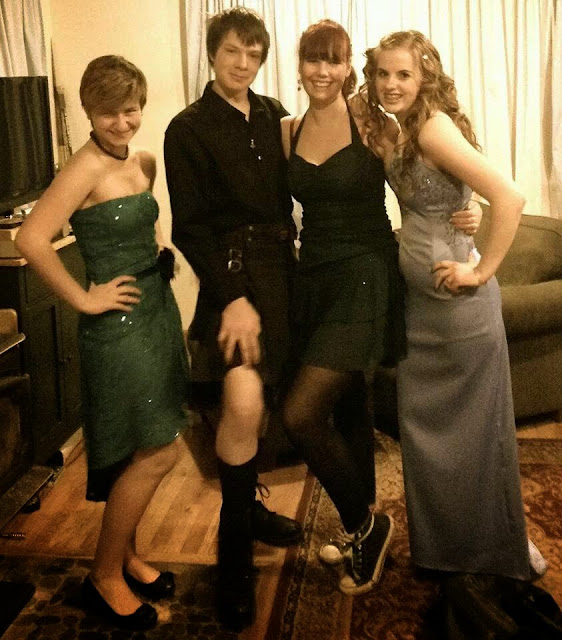 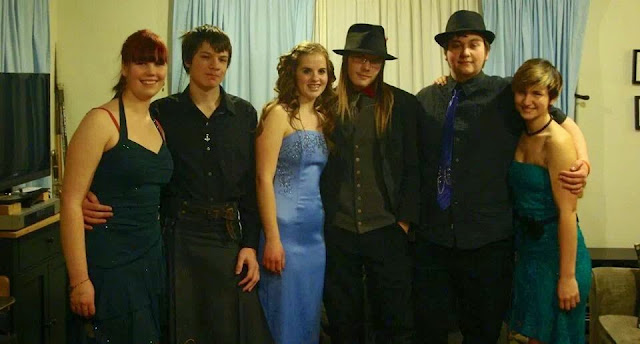 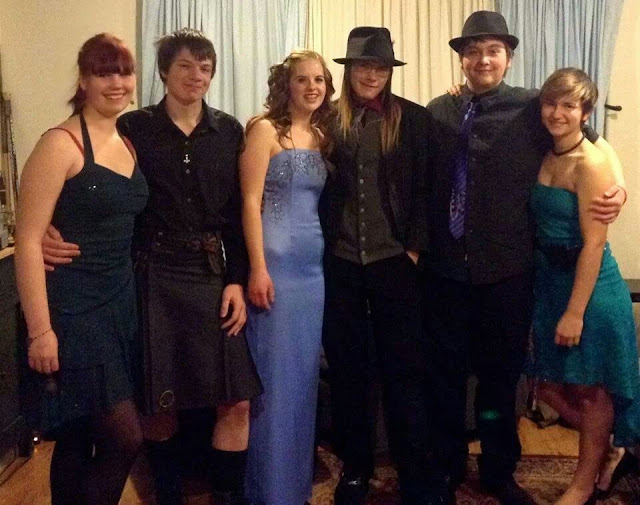 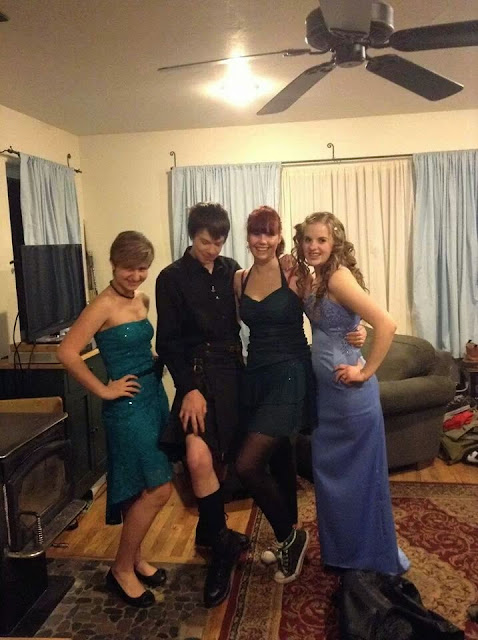 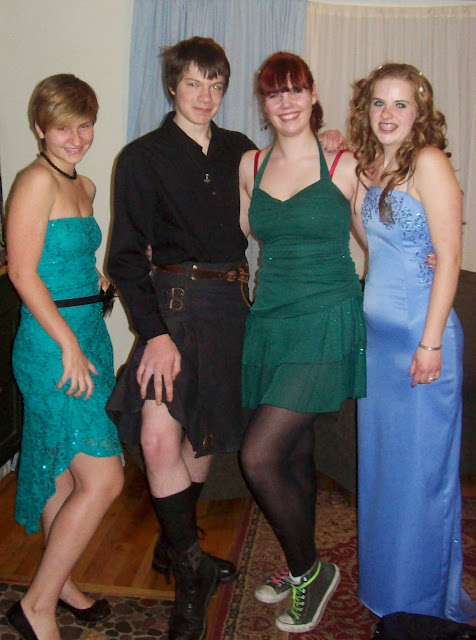 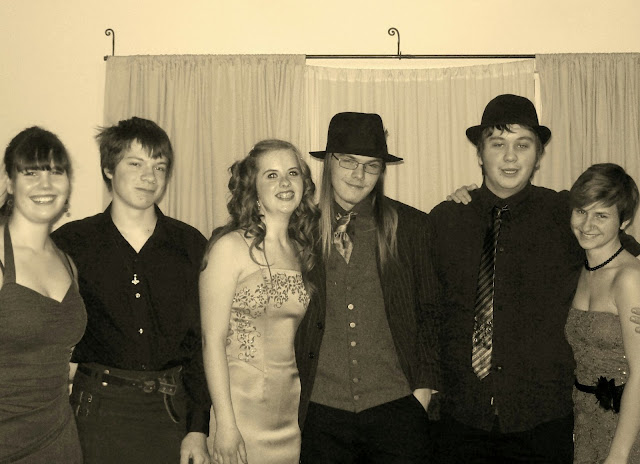 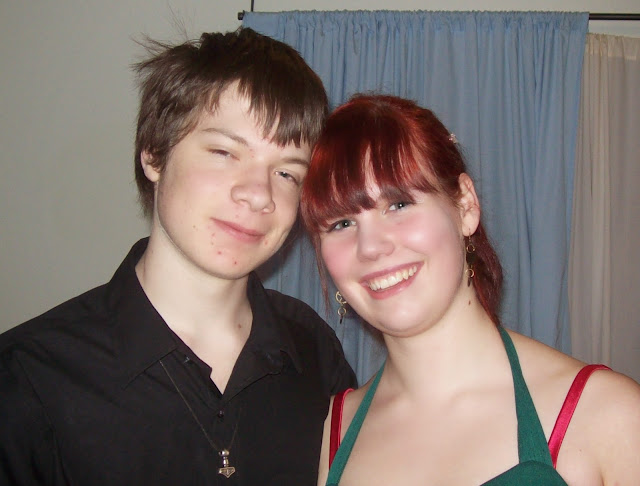